The winter season is upon us, and so is the much-anticipated sequel to one of Disney’s highest-grossing films of all time, Frozen 2! Elsa, Anna, Kristoff, and Olaf are all back and ready for another adventure. What seems to be a tranquil time for the kingdom of Arendelle suddenly turns dark when Elsa begins to hear a mysterious call and follows it, accidentally angering the spirits of nature and forcing all of the kingdom’s citizens to evacuate. The trolls inform the gang that they need to travel to the Enchanted Forest to set things straight. There, they discover troublesome secrets about Arendelle’s past, as well as the origins of Elsa’s ice powers.

Before watching the movie, I saw an interview with the cast on Jimmy Kimmel’s late-night show, where they mentioned that the second film was meant to “mature with its audience”. While I wasn’t sure what that meant, I was intrigued. Could Disney pull off a princess movie that was engaging for its now elementary or middle school-aged audience, while also being fun for preschoolers who may not have even been born when the first movie came out?

The answer? A resounding yes.

While at first glance, Frozen 2 looks like a standard animated film, it touches on topics that only an older audience would understand. Elsa and Anna discover their nation’s past and that their ancestors mistreated the native Northuldra tribe. The sisters set off to right the wrongs of their previous generations, and that part of the plot is rife with political messages. The film also celebrates diversity and encourages acceptance, and not only by showcasing the Arendelle and Northuldra populations learning from one another. Fans of the first movie might remember the criticism it received for depicting an entirely white Arendelle population; in the sequel, characters like Lieutenant Mattias aim to change the image of the kingdom.

Another more “mature” element of the film lies in Olaf’s story. In this movie, he is struggling with growing up and having what one might describe as an existential crisis. That leads to plenty of humorous lines that only older viewers will understand. At one point, Kristoff asks Olaf if he is OK, to which he responds, “Yeah, we call this making the best out of what we can control.” At one point he even apologizes to the people in the Enchanted Forest for being undressed and says, “Sorry, I just find clothes restricting.” Moments like these might not mean much to preschool viewers but are sure to get a laugh out of the older audience.

The music, however, is something that both viewers young and old can enjoy together. And while Bobby Lopez and Kristen Anderson-Lopez did not fail to bring new, exciting music, it fell a little short when compared to the songs from the first movie. While some are calling “Into the Unknown” or “Show Yourself” the new “Let It Go”, neither of them are nearly as catchy or memorable as the ballad from the first film. “When I Am Older”, Olaf’s comedic song about growing up, definitely elicits some laughs, but musically it isn’t anything unique and sounds quite similar to “In Summer”, his beloved solo song from the first movie.

The one song that deviates from the first film’s model is “Lost In The Woods”, Kristoff’s solo ballad where he talks about the struggles of loving Anna. Finally, Kristoff gets his moment! The song has major ‘80s vibes and the animation is set up to look like a music video from that period. And while Kristoff is backed up by an entire chorus of reindeer, don’t be fooled into thinking the song was recorded by a group—every single voice was recorded by actor Jonathan Groff!

While the movie may not live up to the audience’s musical expectations, it presents a visual masterpiece that few animated movies can match. The autumn leaves and rushing waves are incredibly vivid and realistic. The characters themselves also look fuller and more lifelike—just check out the comparative image below. Critics and audiences predict that the animators behind the film will win many awards this season. 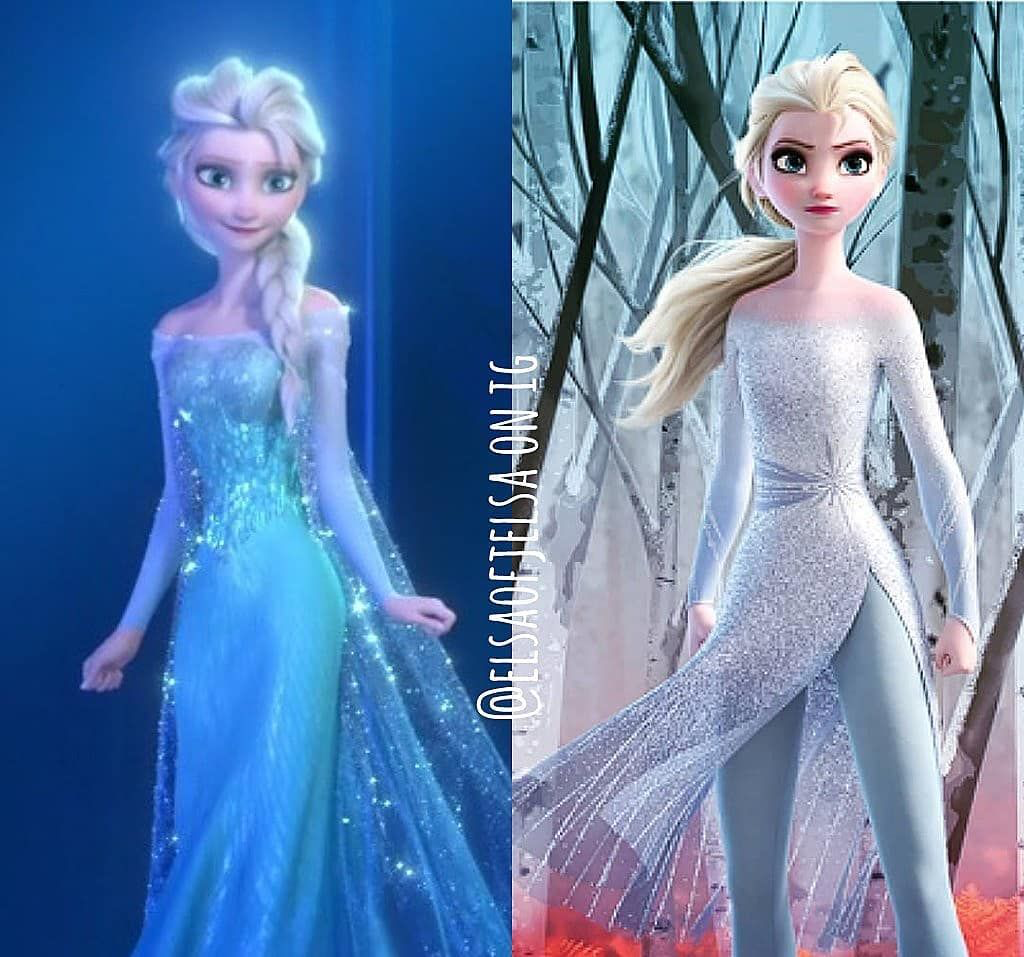 While people often worry that Disney sequels are simply an attempt to make more money, Frozen 2 is far from that. The movie presents stunning visuals and meaningful content to engage fans of all ages. Despite its disappointing soundtrack, Frozen 2 “shows itself” to be worthy of its place on the big screen and in the hearts of all Disney fans.